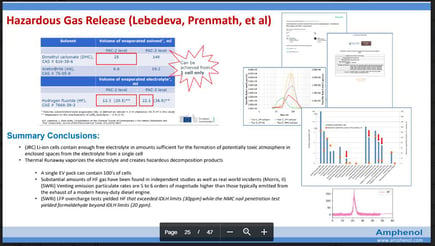 When going beyond its operating capacity, the cells in an EV battery pack may start to deteriorate and combust through the process of thermal runaway. Stopping this reaction before it overtakes an entire EV battery pack requires robust and reactive sensor technology that monitors for the earliest warning signs.

Fill out the form on this page to gain access to the presentation!

At a Glance: What is Thermal Runaway & Cell Venting 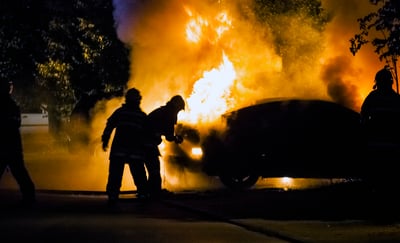 Though an extremely rare event, a thermal runaway is something every EV designer, manufacturer, and owner should be concerned about.

Under the right conditions inside an electric car battery pack, the power unit’s cells can overheat, break down, and start a cascade failure that spreads. During the initial cell degradation, gases – such as hydrogen and carbon dioxide – are released as voltage drops. In addition, pressure and temperatures also build within the battery pack.  Without immediate intervention, the pack becomes engulfed in a fire that’s extremely difficult to put out.

It doesn’t matter what size a battery pack is or the application it’s used for – an EV battery thermal runaway has the potential to total a vehicle in very short order.

Stopping a thermal runaway from overtaking an EV battery takes a two-fold approach:

While the latter is reactive, robust, and reactive thermal runaway sensor technology throughout an EV increases the odds for effective intervention. As one of the earliest indicators of thermal runaway, monitoring for cell venting and its byproducts – such as smoke, heat, and pressure – make it possible to stop a thermal runaway from spreading.

Having the appropriate sensor technology throughout your EV’s design is critical to its performance and safety. Our presentation helps you make the best decisions possible when evaluating sensors to monitor for thermal runaway.